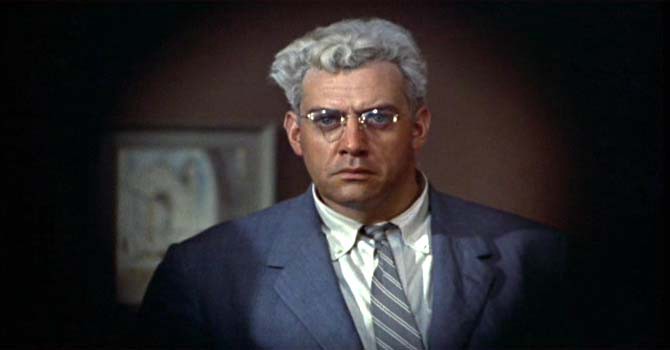 The only real problem with hitchcock’s rear window is that the villain looks so… villainous.

Are we really supposed to wonder whether or not Lars Thorwald, played by Raymond Burr, is or is not the killer, as James Stewart suspects from the very beginning? Would the movie be any better if there were more doubt?

But actually I remember really hoping, with bated breath, that our hero would be proven wrong in the end. I guess if it’s a sign of psychopathy to always root for the bad guy, lock me up.

So maybe that’s the point. Maybe dear Hitchcock precisely calibrated the ambiguity for us for exactly this purpose: not so little to be completely obvious, not so much that we are meant to actually, really, wonder what will happen — just enough to inspire a personal dialog, for each and every one of us, on the nature of uncertainty in this mortal coil.

In my case, I’ll take it as a little lesson to accept, even revel in ambiguity whenever circumstances allow — which is already rare enough as it is; we don’t have to go around disambiguating everything and making it even rarer. I think Raymond Burr knew this when he wrote his biography and invented roughly half of it. Was he really married three times, with a kid who died at age 10, despite no record of marriage or child? Did he sustain battle injuries at Okinawa without going anywhere near the battle?

And I’d like to think Hitchcock knew this too when he filmed the last scene of the movie, in which Stewart’s girlfriend sits reading Beyond the High Himalayas, by one Reverend Douglas, until Stewart falls asleep and she switches to a pop magazine. Or maybe she has a letter from a lover hidden in the magazine and is plotting another murder; I prefer to leave it open.

« If cats could talk Quantified Self and Color Schemes »