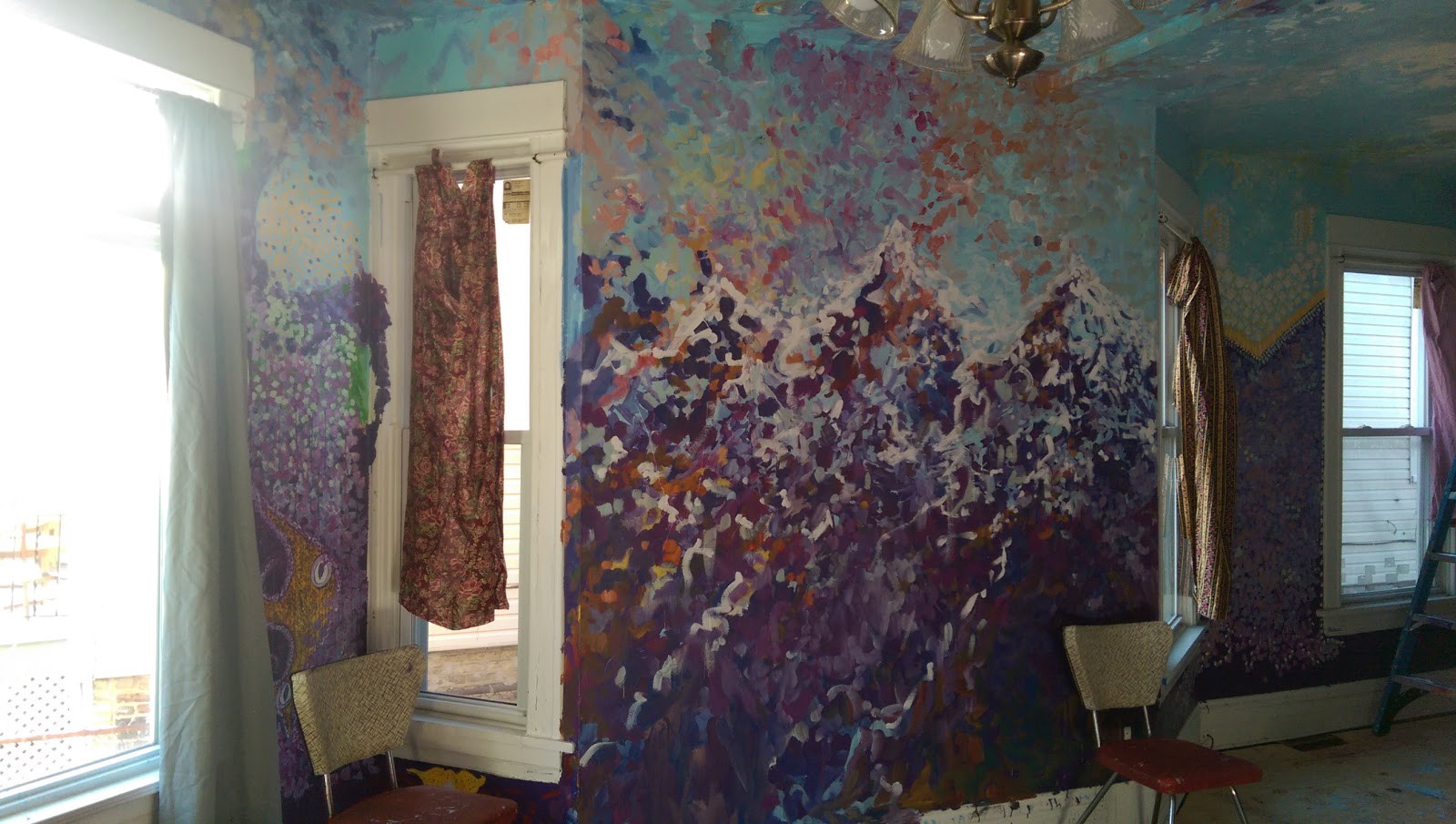 I’ve always said that a lack of patience is my biggest character flaw. Well, that and a certain tendency towards bossiness. But today I want to talk about patience. There have been quite a few times in my life when, through an urge to just finish something, I’ve ended up ruining it. These range from insignificant to critical. Just the other day I was trying to fix a toilet fill valve and a connector was stuck; instead of taking time to think the problem through, I turned that thing as hard as I could with a wrench and cracked it right down the middle. The instructions even said “hand tighten only”, if I would’ve taken a second to read them. 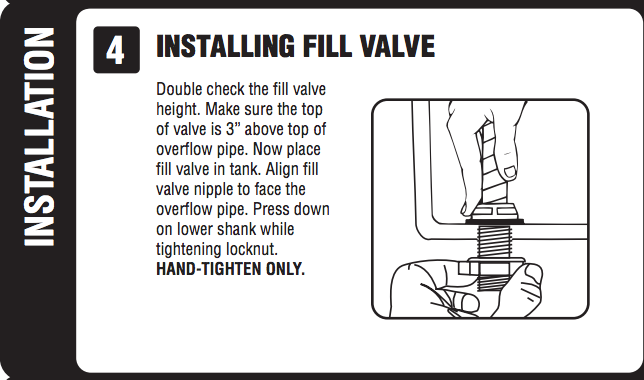 the thing I didn’t read first

Right before the market downturn of 2008 I invested $1000 in ten shares of Apple stock ($100/share). Then when the market crashed I was horrified to see Apple sink to $8 or something. I was so fed up that when the share price climbed back to $100 I sold right away. Even Steven. Except then of course it went up another 10x… In fact the only time I’ve managed to make a significant chunk of change on speculation is when I forgot that I owned 40 bitcoins I’d purchased in 2008, only remembering when the price was at its peak ($1000/coin). I would definitely have sold them sooner if I had thought about it at all.

yes this really happened — maybe the subject of another story…

As I get a little older (almost 30 now), I’m really starting to notice moments where I don’t jump right away. It’s like a younger, earlier part of me is fighting with a newer, more mature version. The young me wants to get everything done right. now. but the more experienced adult finally has the understanding and power to take a breath first. The other day I invited a potential new roommate to move in for the week first, before coming in whole hog, even though she seemed ready to move in right away. After a week it turned out she wasn’t quite ready to commit to a communal living situation. That’s the first time I even considered not jumping into a living situation right away with someone that I felt a mutual good feeling about.

Of course there’s also a balance to be found here, like with everything else under the sun. The ability to jump when the situation calls for it is the same as the ability to know when to breathe first; they are two sides of the same skill. Maybe the Apple stock would’ve sunk back after hitting $100 — I can tell you that in 2008 things didn’t look so hot. Maybe that roommate would’ve actually turned out great if she’d had more of a chance to commit fully. Maybe we are faced with a really solid situation, and time is limited, and moving fast gives us a critical advantage. How can we know when to take that advantage, and when to let it pass by? Well, last weekend I learned to paint in a completely new way, a way that I think will help improve this skill for me, and I’m sharing it in the hopes that maybe it’ll help you too.

When I say “paint in a completely new way”, I should mention that I’ve never really been able to paint at all. I’ve always wished for some sort of drawing, sketching, painting kind of skill. I think it’s the coolest thing. I’m more of a musical person, and that’s cool too, so I don’t mean to complain. But having some sort of visual artistry would be great. And ultimately my lack of said ability comes down to a lack of patience. I never put in the time to learn to draw. Whenever I try, I get fed up and stop. So I never really progress very far. My most successful visual works have been large scale sculpture installations, and those have all been very simple and have used a lot of found objects. Actual brush to canvas is another thing altogether.

So just recently I learned a new way to paint, and now I’m finally going to get to the meat of this new (for me) technique. The thing about acrylic paint that’s so cool is that you can layer it many, many times, and you can put those layers on relatively quickly. If you put some paint down with a brush stroke, it’s really only a few minutes before that paint is semi dry. At this point, it’ll blend a little with a brush stroke over it, but it won’t merge completely. This can create some useful color blending effects. If you wait just a few minutes more, it’ll be dry, and then you can pretty much paint right over it like it wasn’t there.

So given this information, the trick to painting for fun and patience-practice is to paint in even layers instead of all at once. Don’t imagine the painting as a finished product; imagine it as a series of color layers that you’re putting on one a time. How many layers? However many you want. Here’s what you do:

Take a palette. Drip in a bit of a few similar colors —for instance if you’re working on a blueish layer, maybe have a couple different blues, a white, and a little purple. Mix them up a little on the palette until you like the color you’ve made, and dip your brush in it. Your brush, by the way, should be proportionately sized for your canvas — if you’re painting a wall, maybe it should be a little bigger. Anyway take that brush and make a bunch of strokes on the canvas. Don’t draw lines or shapes or anything specific! If you already knew how to do that, you wouldn’t need this guide. Instead, just mash the brush over and over again. Or maybe do some squiggles; even I can do squiggles. But take your time! for the love of ecclesiastes take your time. Pick a good spot. Think about where your stroke will be in relation to the other strokes you’ve made. And then, when you have a few on the canvas, stop. 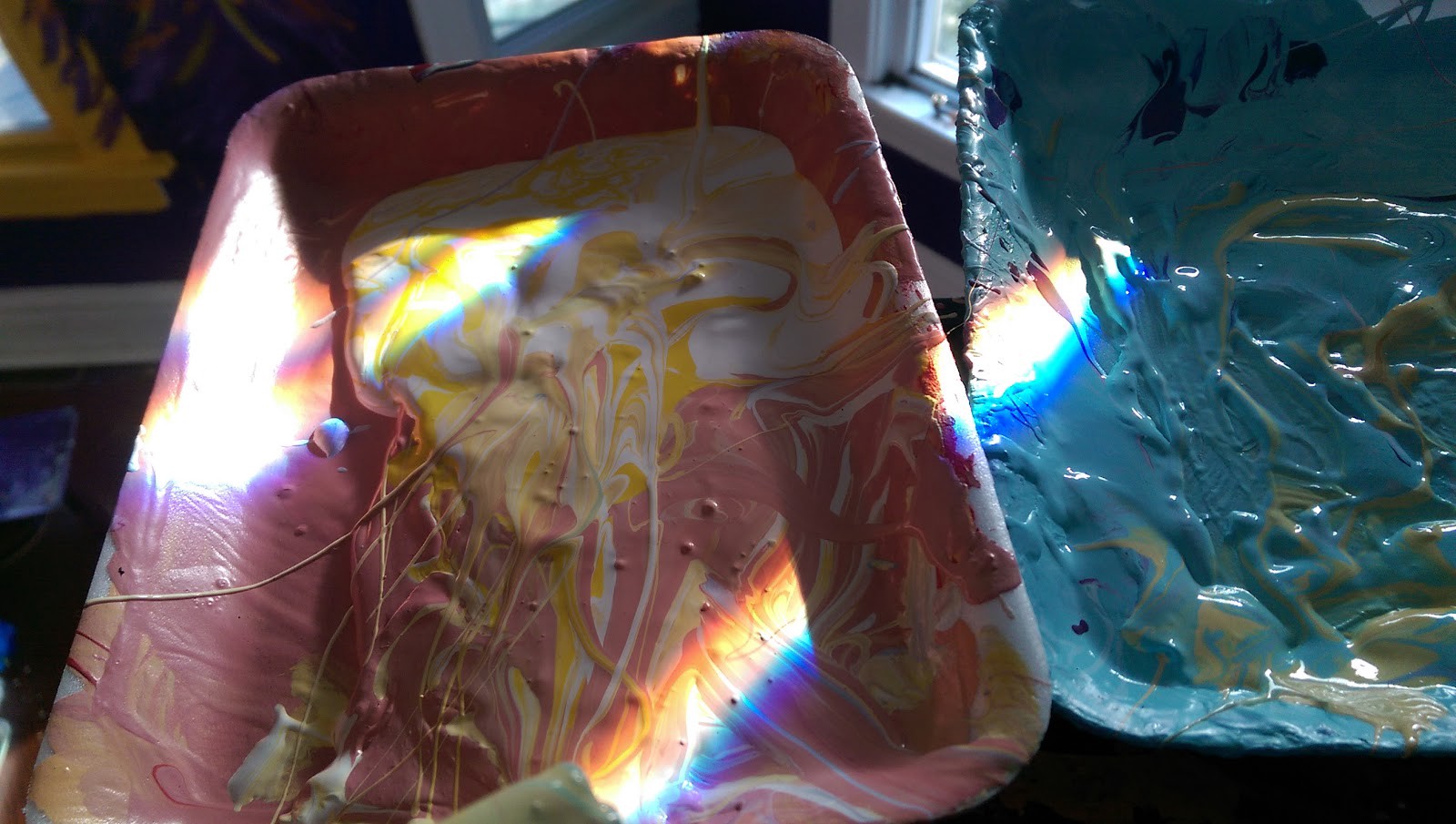 Pick a new palette with some complementary colors. If you want to play with colors and how they go together, this site is superfun. Since it probably took you a few minutes to get the new palette ready, the paint is dry enough to paint over. So take the new palette and repeat the process. Pay attention to how the colors go together on the canvas. Continuously mix the palette with your brush as you go, and play with how the color looks. It’s fun! If you’re not having fun, you’re doing it wrong — ask yourself what’s not fun, and change that. But take your time! for all that’s good and right in the world, take your time. There’s no fixed goal here; no victory condition. We’re just playing with paint and color. Add a third layer and a fourth. Use a third complementary color, or maybe go back to the first. If you mess up, just paint over it in the next layer. You can’t really lose here, and that’s why you can relax into it and take your time. Nothing is permanent under the sun, so you really don’t need to stress, however it turns out.

Eventually your canvas will be mostly covered and you can call it a day. Don’t forget to clean your brush. Do you feel relaxed? I’m pretty sure this exercise, which I plan to do on a regular basis, is good for more than just relaxing — I’m pretty sure it will help me develop patience in all things, because really patience is just experience, and experience comes from many places and applies variously across many disciplines. In fact I’m convinced that cross-training your patience in multiple applications has got to be way more effective than just cultivating it through whatever work/life experiences you already have regularly. Put another way: multiple artistic hobbies can support and sustain each other, and this will probably make you a wiser person. I always thought painting was simply beyond me, but now with this new method it’s fun even though I still can’t draw a stick figure. Check it out: 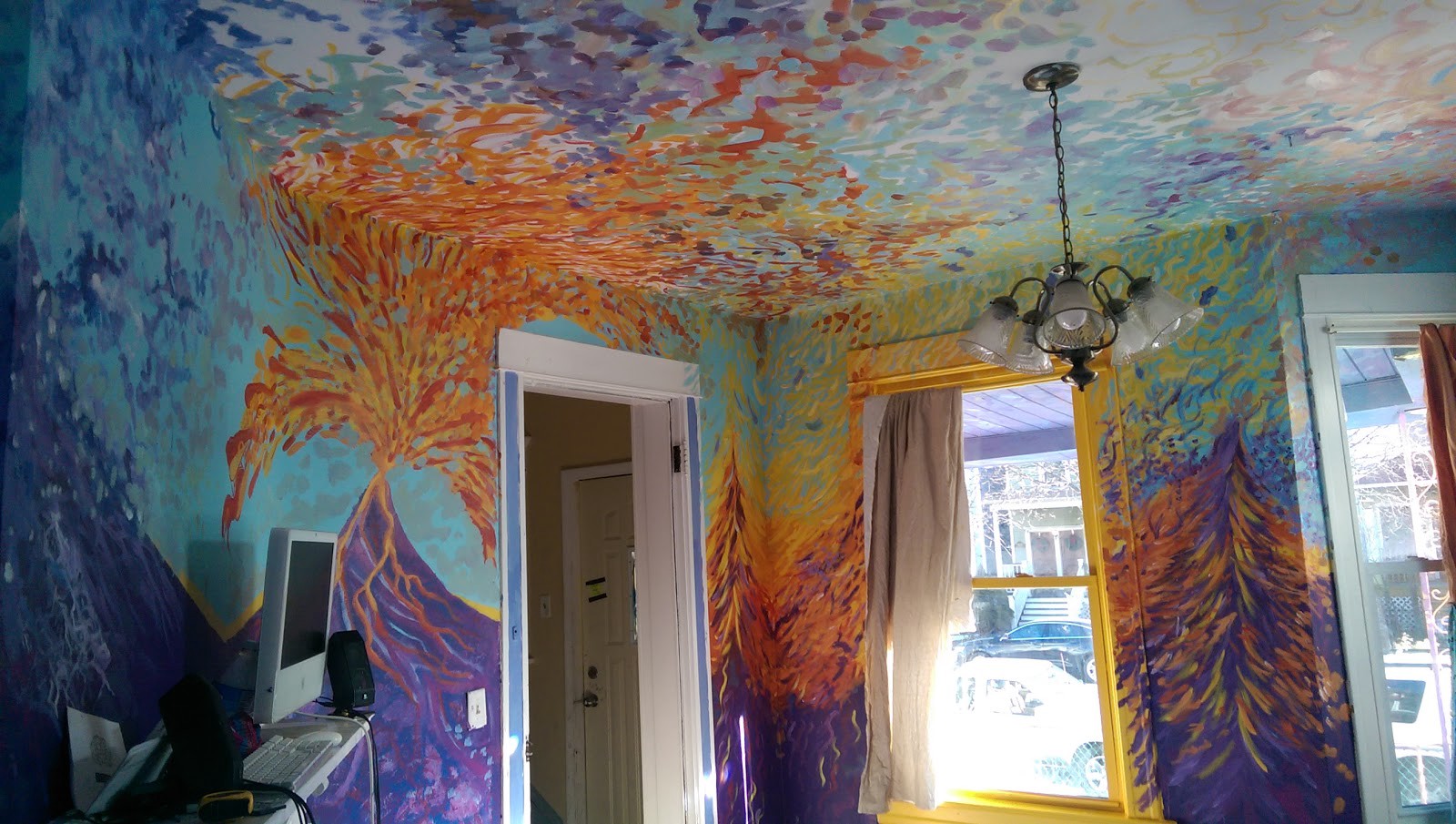 see those colorful trees around the yellow window? I did that!

« Impossible apps from the future FRIENDZONE »